Last year Warren Buffet predicted, we will come back big time on employment when residential construction comes back.” According to the H.U.D. and U.S. Census Bureau there was a 5.7% increase in the number of newly built single-family homes in the United States.  This is the fastest pace since April of 2010, when first time homebuyers hurried to take advantage first time homebuyer tax credit opportunities.

Hovnanian CEO, Ara Hovnanian told NBC, “We are undoubtedly on the recovery route.  It is not a question of are we beginning it.  I’d say it began at the beginning of the year and that’s not just for Hovnanian, that’s for the entire industry.”  Hovnanian noted net sales for the ten public homebuilders have increased 30% year over year.  Barry Rutenberg, chairman of the National Association of Home Builders (NAHB) and a homebuilder here in Florida, stated “combined with consistent positive reports on housing starts, permits, prices and builder confidence in recent months, today’s data provides further confirmation that a gradual but steady housing recovery is underway”. 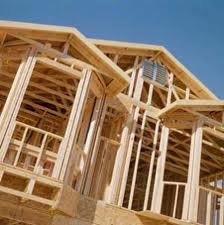 Consumers who have been on the sidelines during the past few years are deciding to go forward with purchases.  Mortgages are available to those who qualify. The good news extends past just new homes sales.  The First American Improving Market Index (IMI) shows that 22 new markets have been added to the list, which now totals 125 housing markets showing consistent -- 6 months -- improvement data in employment growth from the Bureau of Labor Statistics, housing price appreciation from Freddie Mac and single family housing permit growth from the U.S. Census Bureau.  Ninety-Seven of 103 markets retained their spots on the list, indicating a housing recovery is firmly taking root and helping generate much-needed jobs, resulting in economic growth!  www.uscensus.gov

Meanwhile, the supply of for-sale homes has declined sharply, now at the lowest level since 2005.  Home vacancies are at the lowest level since 2004.  If you have any questions about waterfront, oceanfront, or golf course properties in the Stuart, Jupiter or Palm Beach Gardens and surrounding areas please contact the real estate specialists at Waterfront Properties and Club Communities to discuss the market.