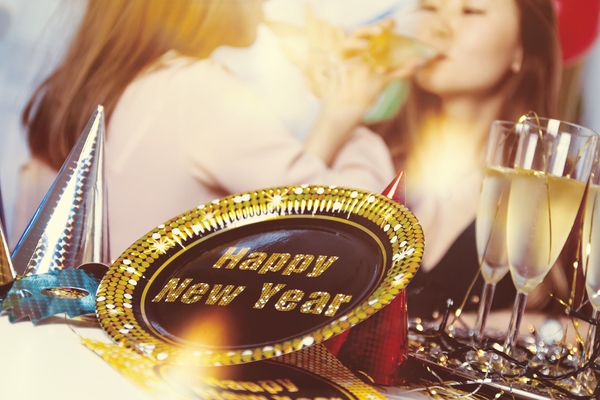 New Year’s Eve has been a time of celebration, a day for ushering in the new year, for nearly four-thousand years.

Today, most New Year’s festivities begin on December 31 (New Year’s Eve), the last day of the Gregorian calendar, and continue into the early hours of January 1 (New Year’s Day). In South Florida, as around the world, festivities include partying, handing out with friends, drinking champagne, making resolutions, and counting down as the ball drops in Time Square.

The earliest recorded festivities in honor of a new year’s arrival date back some 4,000 years to ancient Babylon. For the Babylonians, the first new moon following the vernal equinox—the day in late March with an equal amount of sunlight and darkness—heralded the start of a new year.

The calendar changed, however, with the Roman Empire and Julius Cesar, who realized it needs some adjustments. Astronomers at the time worked to revise the calendar and went from using the Lunar cycle to mark time to the solar cycle which put us on a 365 and one fourth day calendar. Among other things, they had to add 90 extra days to the year 46 B.C.

Over a thousand years later in the 1570s, the Roman church noticed a small error in the calendar and so Pope Gregory XIII commissioned astronomers to fix it. In 1582, the Gregorian calendar was implemented, omitting 10 days for that year and establishing the new rule that only one of every four centennial years should be a leap year.