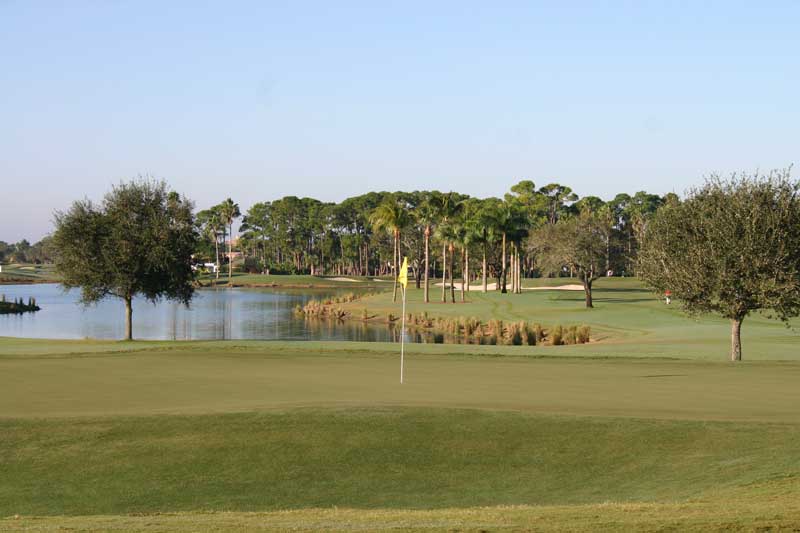 Minarro, who is a native of Mexico but has called Port St Lucie home for the past three years, shot rounds of 70 and 67 on Quail Ridge's South Course to share Co-Medalist Honors with Amateur Mika Liu in the 36-hole qualifier. Minarro plays mostly out of the PGA Golf Club but will venture to Dye Preserve to work with renowned instructor Jeff Leishman. Leishman's list of pupils include PGA Tour pros Will McKenzie, reigning Rookie of the Year Daniel Berger and Steve Marino. Minarro added her name to the list a little over two years ago when she came down for a visit from North Carolina where she had attended Campbell University.

“I loved it, and it was time to make a change,” she said. “So it’s worked out pretty good. PGA Village has been so supportive, and Jeff has helped me, too. When I go to see him at Dye (Preserve), I can practice there.”

Minarro has competed in two Symetra Tour events this year, missing the cut in both. She said the key was to stay mentally strong and stay in the moment heading into the 36-hole qualifier, something she admits she failed to do in 2013 when she came up one shot short of qualifying in 2013.

"Even though I knew I was doing birdies, I stayed shot by shot," she said.

Minarro now gets her first crack at the LPGA Tour at the U.S Open.

"I have never played in an LPGA tournament, so playing in the U.S. Open as my first tournament is amazing," said Minarro.

The U.S. Women's Open will be held July 7-10 at Cordevalle Golf Club in Northern California.