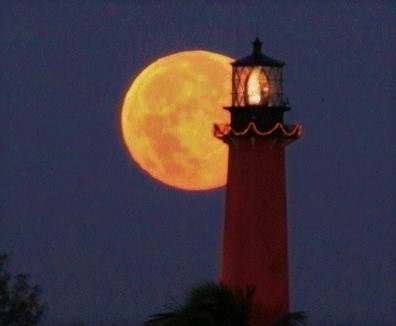 The June Full Moon is called the Full Strawberry Moon. The Strawberry Moon is the most colorful moon of the year.  It is also particularly special because it will arrive during Saturn at opposition, which means Saturn will be at its closest to the Earth and brightest ever for this year.  In simple terms, describes the point at which the Earth sits exactly between the planet and the sun. It will rise opposite of the setting sun.

This Full Moon got its name from the Algonquin tribes who knew it as an indication to gather the ripening fruit from the wild strawberry fields.  It has also been known as the Mead Moon, Honey Moon, and as the Full Rose Moon in Europe.

The naming of the moon is an age-old practice for thousands of years.  Ancient peoples commonly tracked the seasons by following the lunar calendar.  For ages, people across the world, including Native Americans, named the months after the cues that nature presented.

Look up and star gaze into the celestial sky, behold the wonders of the universe here in South Florida.