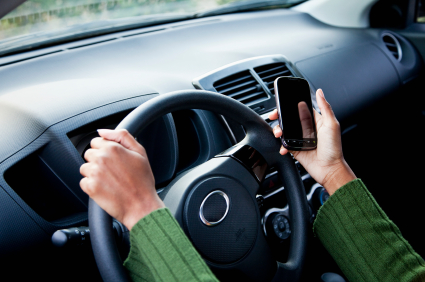 Texting while driving is viewed by most people to be dangerous and in 40 states, it is illegal.  Florida will be the 41st state to ban texting and driving.  Governor Rick Scott is set to ban the act.  In a statement, the Governor said that texting while driving concerns him as a father and grandfather.  He also said state officials must do everything they can do to keep the roads safe, particularly during the 100 days summer between Memorial Day and Labor Day.  Those days are the deadliest days for teenagers on the road.

Florida’s Governor signed the ban Tuesday afternoon on texting while driving. The restriction takes effect October 1 and is a secondary offense.  A secondary offense means offenders can only be ticketed if stopped for another violation.  A second violation committed within five years would be a moving violation, punishable by as much as a $60 fine and three points being added to the driver’s record.  Motorists' phone records could be used against them only in serious accidents.

Florida becomes the 41st state with a texting while driving ban that applies to all drivers. A ticket under Florida’s new law would cost first time offenders $30 and court costs. However, the law includes exemptions that allow that motorists to use phones to check maps, issue voice commands or listen to music or other programming.  Drivers can also legally text while stopped at a light, stuck in a traffic jam or parked.  Talking on a cell phone is not restricted under the law.

Texting while driving leads to an increased distraction behind the wheel.  Research indicates, “that the risk of crashing while texting increases by 23 times because reading or sending a text diverts the driver’s eyes from the road for an average of 4.6 seconds, the same amount of time as driving football field, blindfolded at 55mph.”

Car and Driver Magazine documented just how dangerous it can be. We have all done it.  You are driving down the street or highway and your text goes off.  You reach for the phone and read it…You know you should not.

The results of the Car and Driver study are astounding! In a car rigged with a red light to alert drivers when to brake, the magazine tested how long it takes to hit the brake sober, legally drunk at .08, reading an e-mail, and sending a text.  The results are frightening!  Driving at 70mph on a deserted airstrip the reactions were slower and slower reacting, braking when emailing, and texting. Visit Car and Driver Magazine at CNBC.com for more information on that texting and driving study.

Too many people have become accustomed to texting behind the wheel and it is as dangerous as drinking and driving.  Please pull over, take in the beauty of Jupiter and Tequesta, text and e-mail safely from a parked location.  The life you save may be your own!
Print Share